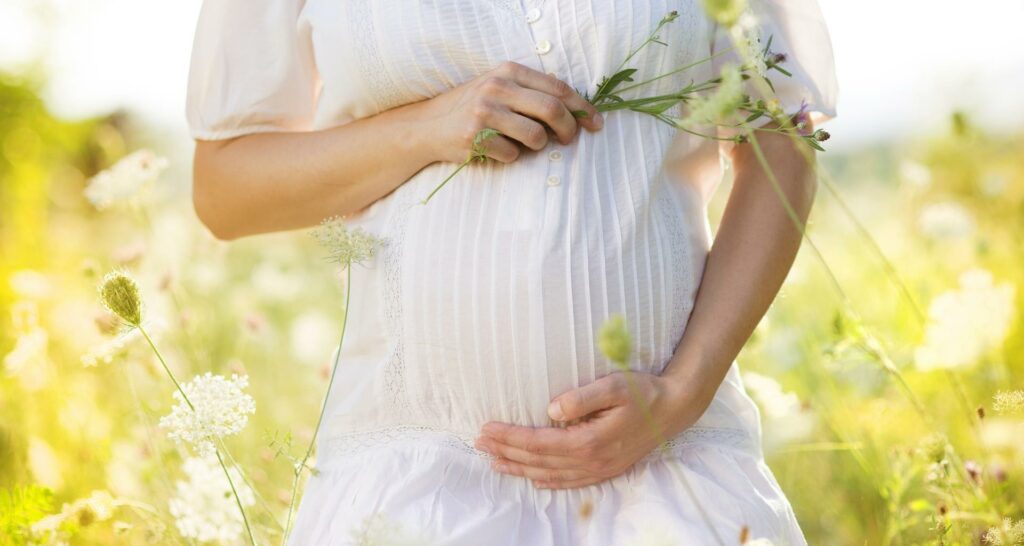 Uterine fibroids are noncancerous uterine growths that commonly appear during childbearing years. Uterine fibroids, also known as leiomyomas or myomas, are not associated with an increased risk of uterine cancer and rarely develop into cancer.

Fibroids range in size from tiny seedlings invisible to the naked eye to bulky masses that can distort and enlarge the uterus. One fibroid can exist alone or several may exist together. Multiple fibroids can cause the uterus to expand so much that it reaches the rib cage and adds weight in severe cases.

The type of fibroid that a woman develops is determined by its location within or on the uterus.

Subserosal fibroids develop outside of your uterus, known as the serosa. They may become large enough to make one side of your womb appear larger than the other.

Pedunculated Fibroids: Subserosal tumors can form a stem, a thin base that supports the tumor. Such tumors are referred to as pedunculated fibroids.

Submucosal Fibroids: These tumors form in the uterus’s middle muscle layer, known as the myometrium. Submucosal tumors are less common than other types.

Although doctors do not know what causes uterine fibroids, research and clinical experience point to the following factors:

The hormones. Estrogen and progesterone, two hormones that stimulate the uterine lining development in preparation for pregnancy, contribute to the development of fibroids. The estrogen and progesterone receptors in fibroids are more numerous than those in uterine muscle cells in general. Because of a decrease in hormone production, fibroids tend to shrink after menopause.

Other factors that influence growth Substances that aid in tissue maintenance, such as insulin-like growth factors, may influence fibroid growth.

Extracellular matrix. ECM is the material that holds cells together, similar to mortar between bricks. Fibroids have an increase in ECM, which causes them to become fibrous. ECM also stores growth factors and induces biological changes in cells.

Stem cells are said to be responsible for uterine fibroids within the uterus’ smooth muscular tissue (myometrium). A single cell repeatedly divides, resulting in a firm, rubbery mass distinct from nearby tissue.

Uterine fibroids grow in various ways; they can grow slowly or quickly, or they can stay the same size. Some fibroids grow rapidly, while others shrink on their own. After delivery, many fibroids that developed during pregnancy disappear as the uterus returns to its normal size.

Your symptoms will be determined by the number of tumors, as well as their location and size. Submucosal fibroids, for example, can cause heavy menstrual bleeding and difficulty conceiving.

It is possible that you will not experience any symptoms if tumor is very small or going through menopause. During and after menopause, fibroids may shrink. In menopausal women, estrogen and progesterone levels in menopausal women, both of which stimulate fibroid growth.

Symptoms of fibroids may include:

Besides being a woman in her reproductive years, there are few known risk factors for uterine fibroids. The following factors can influence fibroid development:

The race. Despite the fact that any woman of reproductive age can develop fibroids, black women are more inclined to have fibroids than other racial groups. Furthermore, black women have fibroids at a younger age, and they are more likely to have more or larger fibroids and more severe symptoms.

Heredity. If your mother or sister had fibroids, you are more likely to develop them as well.

Other considerations. It appears that starting your period at an early age, being obese, not getting enough vitamin D, eating too much red meat and avoiding green vegetables, fruit, and dairy, as well as drinking alcohol, including beer, all increase the risk of developing fibroids.

Despite their generally non-harmful nature, uterine fibroids are still painful. They may lead to complications such as a drop in red blood cells (anemia), which causes fatigue due to excessive blood loss. A transfusion is only required in rare cases due to blood loss.

Fibroids usually do not prevent women from becoming pregnant. However, fibroids, particularly submucosal fibroids, have the potential to cause infertility or pregnancy loss.

In addition, fibroids can result in pregnancy complications such as placental abruption, fetal growth restriction, and premature birth.

Fibroids are most commonly discovered during a physical examination. During an abdominal or pelvic exam, your doctor may feel a firm, irregular (often painless) lump.

Scans can be used to confirm a diagnosis. These are the two primary options:

Ultrasound: The most commonly used scan for fibroids is ultrasound. Fibroids are detected using sound waves that have frequencies (pitch) much higher than what the human ear can hear. Ultrasound technology allows a doctor or technician to view the uterus and ovaries through the abdomen or vagina. It is quick, easy to use, and generally accurate. However, good results are dependent on the doctor’s or technician’s experience and skill.

MRI: This imaging test creates images using magnets and radio waves. It provides your provider with a map of the size, number, and location of the fibroids. Adenomyosis, which is sometimes misdiagnosed, can also be distinguished from fibroids. MRI is used to confirm a diagnosis and to help us decide which treatments are best for you. Other uterine fibroids tests

In exceptional cases, or if doctors are unable to pinpoint the source of your pain, you may require additional testing:

Hysterosalpingogram (HSG): A HSG is typically used by doctors for women who have difficulty conceiving. It examines the uterus (uterine cavity) and fallopian tubes. After inserting a catheter (small tube) into the uterus, the doctor slowly injects a special contrast dye and takes X-rays.

Hysterosonogram: A hysterosonogram allows doctors to see inside the uterus. They inject water into the uterus after inserting a small catheter and taking a series of ultrasound images. The test can detect uterine polyps or intracavitary fibroids, which can cause heavy bleeding.

Laparoscopy: A doctor performs laparoscopy by making tiny incisions in or near the navel. A long, thin instrument (laparoscope) is then inserted into the abdomen and pelvis by the doctor. Your doctor can use the view to determine if you are suffering from a condition that causes pelvic pain, such as endometriosis.

Hysteroscopy: A doctor uses a long, thin instrument with a camera and light to examine suspected abnormalities inside the uterus. Through the cervix and vaginal canal, the instrument is passed into the uterus by the doctor. No incision is required. Using this method, the doctor can look for fibroids or endometrial polyps within the uterine cavity.

Your doctor may initially advise observation because most fibroids cease to grow and may even shrink as women approach menopause. Some fibroids, however, may necessitate more aggressive treatment, depending on:

Uterine fibroids are very common uterine growths. It is common for them not to produce symptoms and do not necessitate treatment. If the symptoms are severe, various medical or surgical treatments can help alleviate pain and discomfort. You can schedule a consultation with Dr. Morris by visiting Moreton Bay Women’s Health.