Menstrual problems are one of the commonest reasons that women seek help from gynaecologists for.  Many women will be concerned that their menstrual bleeding is abnormally heavy or prolonged.

A menstrual period occurs when the glandular tissue that lines the interior of the uterus (tissue called ‘endometrium’) begins to break down.  The outer part of the lining of the uterus then comes out of the vagina, along with some blood and inflammatory fluid.  It is normal to lose between 40 and 80 mL of fluid in total over the course of a period.

Menstrual periods occur when an egg has been released (ovulation) during the middle of the cycle, and pregnancy has not occurred.  This causes the levels of hormones that can support a pregnancy to fall, taking away the hormonal support of the endometrium.

Women who are taking the oral contraceptive pill will have ‘withdrawal bleeds’  – the levels of hormone in the pill fall, causing a similar breakdown and shedding of the lining of the uterus.

What is ‘heavy menstrual bleeding’?

It is normal to have some vaginal bleeding for up to seven days each month.  The bleeding is often heaviest for the first two or three days, and gradually settles after this.  Most women find that normal periods are easily dealt with and cause either no pain, or cramps and pain that are controlled with simple analgesics such as paracetamol.

Trying to judge what is ‘normal’ loss and what is ‘abnormal’ can be difficult.  Women are usually not aware of the amount of bleeding that other women experience, making it difficult to compare.  As a guide, abnormal bleeding might be associated with:

In general, if the menstrual blood flow is not easy to control (for example, having to take time away from work, or being afraid of leaving home) then it is worth seeking an opinion from a doctor.

What are the possible causes of heavy menstrual bleeding?

Hormonal disorders.  Sometimes, disturbances of hormonal secretion in the body can cause an abnormal build-up of the lining of the uterus (endometrium).  This lining then breaks down and the abnormally thick tissue is passed, leading to a heavy menstrual loss.  One common example of this is polycystic ovarian syndrome (PCOS) which can cause irregular and heavy periods.  Sometimes diseases of the thyroid gland can lead to heavy menstrual bleeding.

Abnormalities of the uterus. Sometimes polyps within the uterus or cervix can lead to heavy menstrual bleeding.  Occasionally endometriosis will be associated with heavy bleeding.

Rare causes. In rare cases, conditions such as endometrial hyperplasia (abnormal overgrowth of the lining of the uterus), cancer of the uterus, bleeding disorders, or the use of medications can cause heavy bleeding.

Dysfunctional uterine bleeding.  In most cases, however, no specific cause is found.  It does not seem to be associated with hormonal effects or other conditions.  Sometimes it is more common in the lead-up to menopause.  Although ‘dysfunctional uterine bleeding’ sounds like a specific diagnosis, it is a term that is often used when the periods are heavy and no other cause can be found.

What will a gynaecologist do?

If you are referred, a specialist gynaecologist will attempt to:

In the first instance, your gynaecologist will take a detailed history, not only of the menstrual problems, but of your health in general.  You will then usually undergo an examination.  This will probably include an internal pelvic examination, to try to find out if there is any specific disease (such as fibroids or polyps) in the uterus or pelvis.

Examination of the pelvis

This aims to see if there is obvious disease of the cervix or uterus, and my involve taking a Pap smear, swabs to check for infection, and possibly passing a small device through the cervix to obtain a sample from the lining of the uterus.  Your gynaecologist is very experienced in these examinations, and will aim to minimize discomfort while obtaining as much information as possible.

Your gynaecologist will want to determine the effect of your bleeding (for example, has the loss been heavy enough to make you anaemic or low in your bodily stores of iron) and if there are hormonal or other causes of the bleeding.

The most usual tests are a blood test (to diagnose anaemia or iron deficiency, as well as hormones such as the reproductive hormones and thyroid function, and sometimes measure of your blood clotting), and an ultrasound.  Some gynaecologists will perform an ultrasound for you during your examination.

Making a diagnosis and planning treatment

The treatment of heavy menstrual bleeding depends upon the cause.

Some women are simply seeking reassurance.  If they can cope with the bleeding, there is no evidence of anaemia or other resultant problems, and no specific abnormality is identified by the examination or test results, then no treatment is required at that time.

If specific problems are found (for example, fibroids, polyps in the uterus, or hormonal problems) then each of these will be treated individually.

In women who do not wish for pregnancy, and who do not have medical problems such as high blood pressure, the oral contraceptive pill (‘the pill’) may be prescribed.  This works by making the periods regular and thinning the lining of the uterus, so that periods become light.  Some women will run packets of the pill together to space their periods out, sometimes having a period every three or more months.

Tranexamic acid works by making the clots that line the uterus and limit bleeding more stable, thus reducing bleeding.  Tranexamic acid is taken three or four times a day during the period, and can reduce bleeding a great deal.

Placement of a hormonal intrauterine device (Mirena™) will, over time, greatly reduce menstrual flow for many women.  This device slowly releases a progesterone hormone directly onto the lining of the uterus, making it thinner and less likely to bleed.  It can take several months for the device to have its full effect, but by six months after placement, the great majority of women will have only light bleeding, or sometimes no bleeding at all.  A Mirena will last for five years.

The use of progesterones in either tablet, pellet, or injectable form can reduce bleeding.

In some cases, your gynaecologist will suggest surgery as a way of reducing menstrual flow.  For example, if a polyp is present in the uterus, this can be removed.  Your gynaecologist would perform a hysteroscopy to look at the inside of the uterus.

In the case of fibroids, removing fibroids that press into the cavity of the uterus (submucous fibroids) may restore the menstrual loss to normal.

Permanent removal of the lining of the uterus – endometrial ablation – may be recommended.  This can only be performed for women who have completed their families, and needs to be discussed very carefully with your gynaecologist.

In some cases, removal of part or all of the uterus (hysterectomy) may be required. 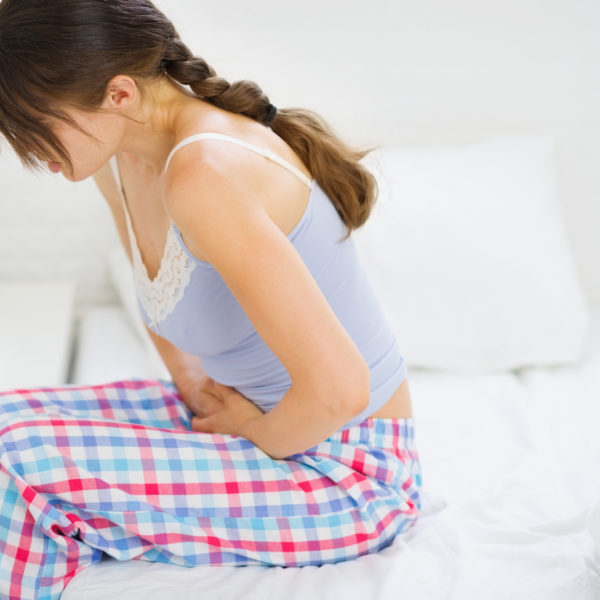